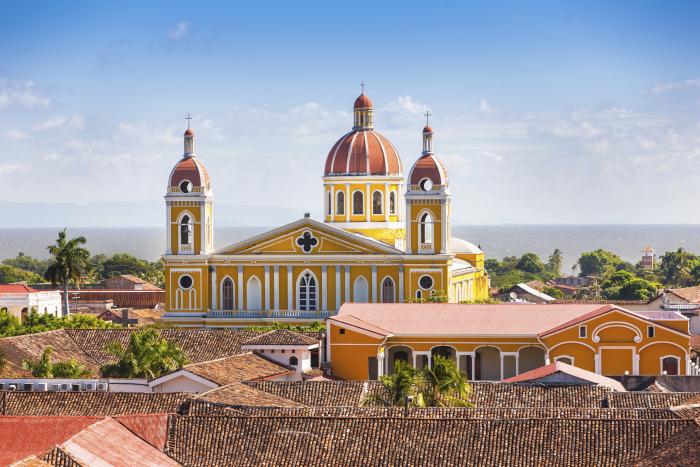 The Spiritual Need in Nicaragua

Roman Catholicism remains the dominant religion in Nicaragua, with the country’s Protestant group growing in numbers. Saints serve as intermediaries between the people and God. Many festivities honor patron saints and pictures of them are a common fixture in many homes and establishments.

Bishops and Roman Catholic leaders are very influential across the country. They are closely tied to politicians, and the the education system is influenced by them as well.

Those living in urban areas, women, and members of the upper and middle classes are the most likely to be practicing Roman Catholics. The lower classes tend to be deeply religious, but not especially observant, having a strong belief in divine power. Many limit their practice of the sacraments to baptism and funerals.

Nicaragua has seen a rapid growth in church planting in the last seven years.

ABWE Canada is honored to be a part of the rapidly growing church-planting movement in Nicaragua. The Institute of Church Planters (ICP) is one of the most significant multiplication-based church-planting training ministries in the ABWE Canada world, partnering with local churches to help Nicaraguans plant over 30 Nicaraguan churches. Started by ABWE  missionaries, the ICP is now under national directorship and has two branch schools outside the capital city. Nicaragua’s strategic location in the center of the Americas makes it ideal for reaching other Latin American countries with the gospel.

The rapid and recent growth of the church means that there are many church planters, each with specific needs. Areas we need help with include: church administration, economic development, infrastructure development, pastoral development and leadership training.

We welcome new missionaries to come alongside our ABWE Canada team and national partners to encourage them and help network their ministries.