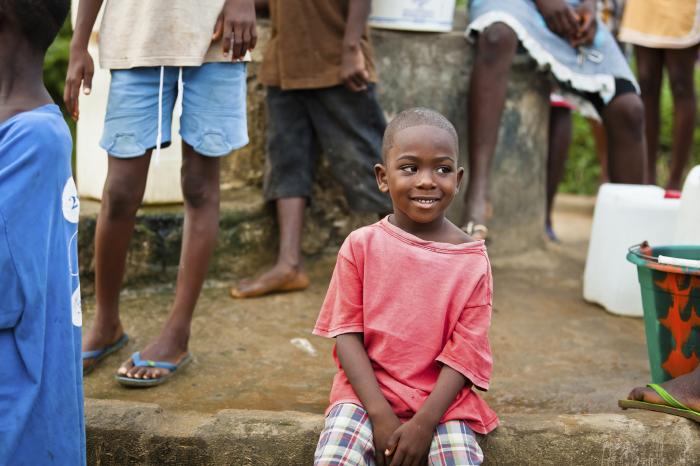 The Spiritual Need in Liberia

Liberia, which means “the free land,” was founded in 1822 by 20,000 freed American slaves hoping to find a better life in a country of their own. Unfortunately, the dreams of Liberia’s founders were destroyed by years of war.

Several coups, massive corruption, and repression of tribal peoples provoked a revolution in 1989, and the country descended into civil war. During the 1990s, the country became a killing field until a peace treaty was brokered in 1996 and Charles Taylor was elected president in the country’s first free and open elections. However, civil strife reignited when two rebel groups, infuriated by Taylor’s autocratic rule and flagrant human rights abuses, began fighting to remove him from power.

In 2003, the capital city plunged into chaos as rebel factions fought to overthrow President Taylor. More than 500,000 refugees fled, hundreds of civilians were killed in the crossfire, and many others died from lack of water and food. As a result of years of nearly constant war, the country and its people are in ruins. They lack basic infrastructure with no reliable source of electricity, clean water, or good roads. At the time of the 2014 Ebola outbreak, there were only 50 medical doctors of any kind for a country of about 4 million.

But above all the things they don’t have, the people of Liberia don’t have the hope of Jesus.

A traditional African religious worldview, which is steeped in witchcraft and sacrifice, often human, is still strong in Liberia. This core animistic worldview informs and controls everything leading to widespread envy, distrust, sin and corruption. A fear and shame-based culture has developed due to endemic corruption that pervades every aspect of society.

We are in desperate need of passionate missionaries to join us as we seek share the love of Christ in this spiritually dark country.

There are many charitable organizations in Liberia, doing many good things in the area of community development, but what remains missing in the aid they bring is the good news of Jesus Christ. Our first missionaries entered Liberia on a short-term basis in 2000 and began ministering through financial assistance, evangelistic medical outreach, and some Biblical Instruction through modules. Then, in 2006, our first long-term missionary family arrived in Liberia. Since then, they have been working to come alongside national partners in planting and strengthening local churches through theological training, medical programs (training and evangelism) and discipleship and mentoring. We are praying to integrate God into all areas of Liberian life, including practical areas like farming and business development.

Is God calling you to share His love in this needy country?